One of the most popular images of Mickey shaped food at breakfast is Mickey waffles. With their deep crevices full of butter and syrupy goodness, these are a delicious treat made all the more magical by Mickey's face on your breakfast plate. Will the in-home version live up to the mousey counter part? 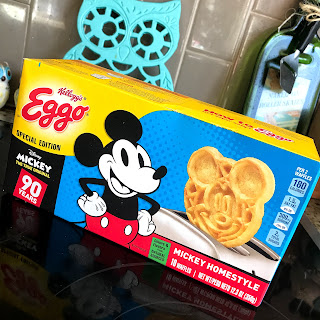 Mickey waffles were released by Eggo around the time of the 90th Anniversary. They are adorned with the face of the mouse himself in a similar design to the legitimate park version but with a rounder "Leggo my Eggo" appearance. They are still Eggo waffles. They are thinner the then real version and are made with Eggo's recipe.

True Mickey waffles are made from Carbon's Golden Malted Waffle and Pancake mix in a Belgian waffle machine. This gives the park version a crispier edge with a soft inside. Eggo's tend to become stiff if you miss the perfect toaster setting. I did a light toast on both sides and a bit of extra toasting crept into a few ridges. If you can get the browning reaction just right you will have a waffle pretty close to the park original. 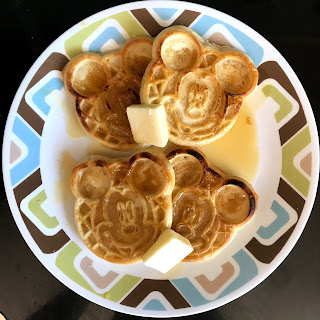 My husband thought they were pretty good but agreed that they could easily become dry with over toasting like most Eggo waffles. Our 14 month old daughter was a big fan and ate them fresh and leftover the next day for breakfast. If you aren't into syrup, these waffles will lend themselves to jam or peanut butter in Mickey's ears just fine! 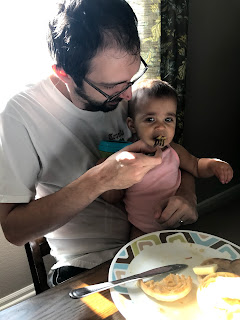 If you're interested in other Disney food in your home, check out our post on Mickey Ice Cream Bars!