Snow White showed off some pretty impressive cooking skills while tidying up the dwarves’ cottage. She whips up fish stew and gooseberry pie in no time flat! Her furry and feathered helpers we no slackers either, I’ll admit. Since Snow White is set in Germany, I’ve taken inspiration from the country’s favorite dishes, foods found at the Germany Pavilion in Epcot, and of course the movie itself. 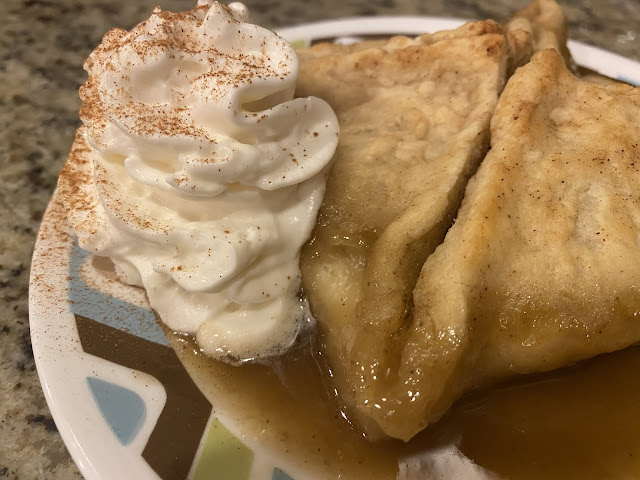 The Disney Princess Cookbook has the perfect starter recipe. In fact, I was very impressed by its Apple Dumpling recipe instruction for a scratch made pastry crust! Mini Mouse was extremely excited to help with the crust making process. She was all in to mix the butter and flour with her fingers and knead the dough together after the milk was added. A little help was required to keep the dough in the bowl - I did take over after a bit. Nevertheless she is still my favorite baking buddy. 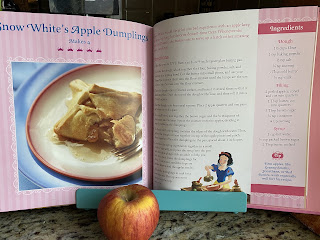 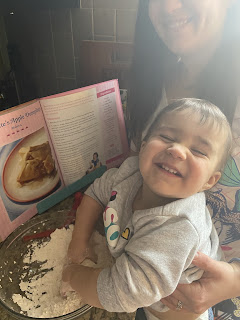 I tried a couple different apple preparations with the Autumn Glory apples I had on hand. These apples are red, pretty firm, and sweet. Often Granny Smiths are used in apple pie, but since I had some apples in the fruit bowl already I stick with them. They were a great choice since the apples don’t cook down 100% and are slightly firm and sweet at the center. For two of the dumplings I decided the apples and the others used sliced apples. Slices looked prettier but diced was easier to wrap and pinch the edges together. 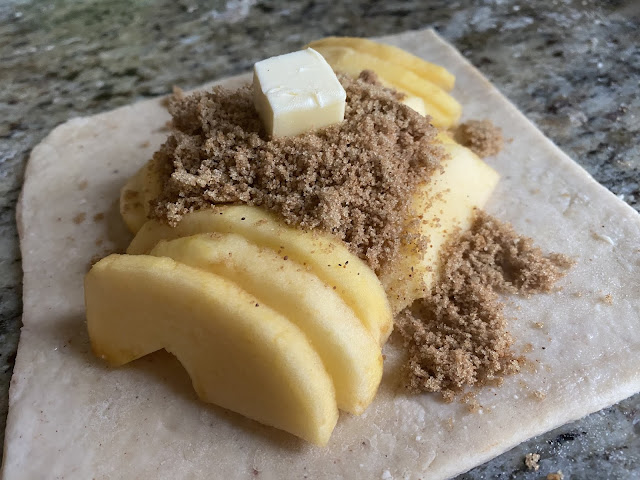 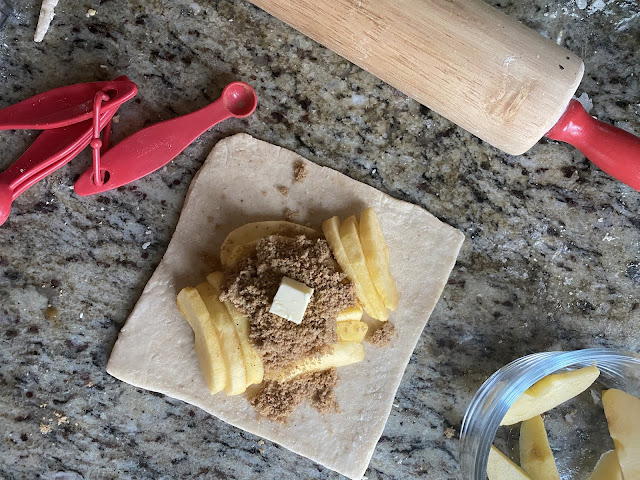 If you’ve never made dumplings (I had not) the process of making the purse included a learning curve. I found gathering the corners at the top then starting at each corner and holding the edges together for a few seconds asI pressed them together helped to create a seal. Don’t worry about making them perfect, though, backing blurred most of the imperfections!
The book suggests an 8 inch or 9 inch square pan. I have an 8 inch glass plan and the dumplings were snuggled close together. I didn’t think this would matter too much until I poured in the brown sugar syrup and nearly had a heat attack. The syrup was so deep just the top inch or so of dumpling was peaking out. In other words: don’t panic! Most dumpling recipes of this type call for lots of syrup which quickly cooks down to a sauce in the oven. The butter and brown sugar coat the apples inside and nothing dried out in the process. A lovely light caramel sauce was waiting in the bottom of the pan. However, if you have a 9 inch pan or want to increase the recipe to 6 dumplings a 9 x 13 inch pan will be helpful. 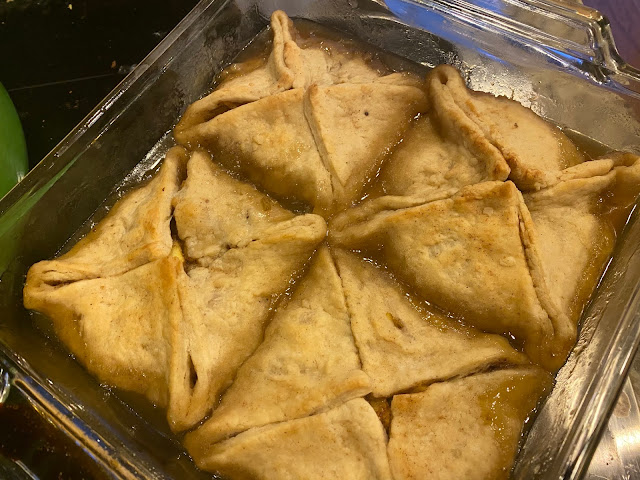 The taste of these little beauties was pretty impressive. Cinnamon and nutmeg well balanced in the apple mixture with a simple but spiced crust (I added cinnamon to the crust, too) made a light dessert which was devoured by Mini Mouse and my hubby. I served it with whipped cream on the side but I would recommend vanilla ice cream for more deliciousness. 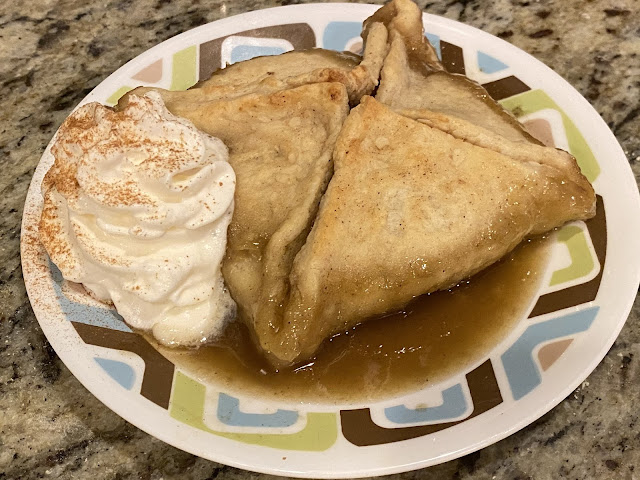 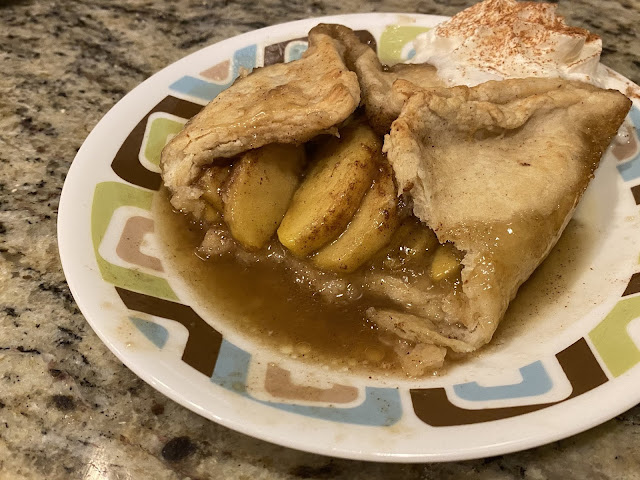 
Apple dumplings a easy and delicious. Expand this recipe to 6 or 8 dumplings for a group gathering or to ensure leftovers! Give it a try and tell me what you think... who did the best butter/flour stirring at your house? Comment below!